Research Project on Future Perspectives of Economic Communities in Africa

A new interdisciplinary research project at the University of Bayreuth in cooperation with the University of Dar es Salaam will investigate how economic and social development in Africa can be promoted by cross-border cooperation and regional integration. The Federal Ministry of Economic Cooperation and Development has approved a grant of 500,000 euros to fund the project for two years.

While in Europe the structures and aims of the EU are being regarded critically, in Africa new forms of cooperation between neighbouring countries are being developed. An outstanding example of regional integration is the East African Community (EAC), which was founded in the year 2000. In addition to Kenya, Tanzania and Uganda, which were the founding members, Burundi, Rwanda und South Sudan have also joined the EAC. There is already a common market; long-term goals are a monetary union and the founding of a federal state.

But, as Johannes Döveling, the leader of the Bayreuth project, comments, “it is unclear how it will be possible to achieve such far-reaching integration. Those political leaders who support the development of transnational structures in the EAC, or in other parts of Africa, can only edge forward step by step; there are no proven success formulas.” In this new research project, lawyers, economists and political scientists from Africa and Europe will work closely together, in order to gain a better understanding of how cross-border cooperation works. The results of the research will throw light on how social and economic progress in Africa can be encouraged and sustained by means of regional integration.

From academic research to practical recommendations for policy-makers

EAC agreements on regional cooperation, and corresponding public declarations of intention, have been inadequately implemented in the Partner States. Critics of the EAC say that the plans for joint decision-making agreed on by the national governments have rarely been put into practice. The Bayreuth research project will examine the institutional and legal norms of African economic communities to see whether they unintentionally promote this discrepancy, or contain incentives for more intensive cooperation. On the basis of their results, the researchers will be able to make concrete practical recommendations for policy-makers and legislators in African countries. The research results will also be of benefit to international development workers who increasingly cooperate with African regional organizations.

These topics are linked to the question of how the institutions and laws of an economic community like the EAC interact with the legal systems of the member states. As Johannes Döveling explains, “National governments often assess the binding character of decisions made by institutions of the Community very differently from the members of these institutions.” Döveling believes that economic integration can succeed only if the countries involved take steps to harmonize their national legal systems. In the project, selected areas of the law – such as tax law, business law or labour law – will therefore be systematically analysed in order to investigate how harmonization could facilitate the exchange of goods, services, labour and capital.

An international research and practice network

Bayreuth has a special advantage with regard to this research field: the university is a co-founder of the Tanzanian-German Centre for Eastern African Legal Studies (TGCL), where the research project will be based. The TGCL has been run jointly by the University of Bayreuth and the University of Dar es Salaam since 2008, and has become a think-tank firmly rooted in East Africa. A major focus of joint research activities is the issue of regional integration in Africa. In addition, the Centre offers practice-related MLL and PhD programmes in this field for students from all six Partner States of the EAC. Thus, the TGCL maintains regular contact with a comprehensive network of experts in East Africa, as well as with decision-makers in politics, the judiciary and administration. Johannes Döveling is quite sure that, “This new research project at the University of Bayreuth will be able to profit tremendously from the wide-ranging expertise of this think-tank.” 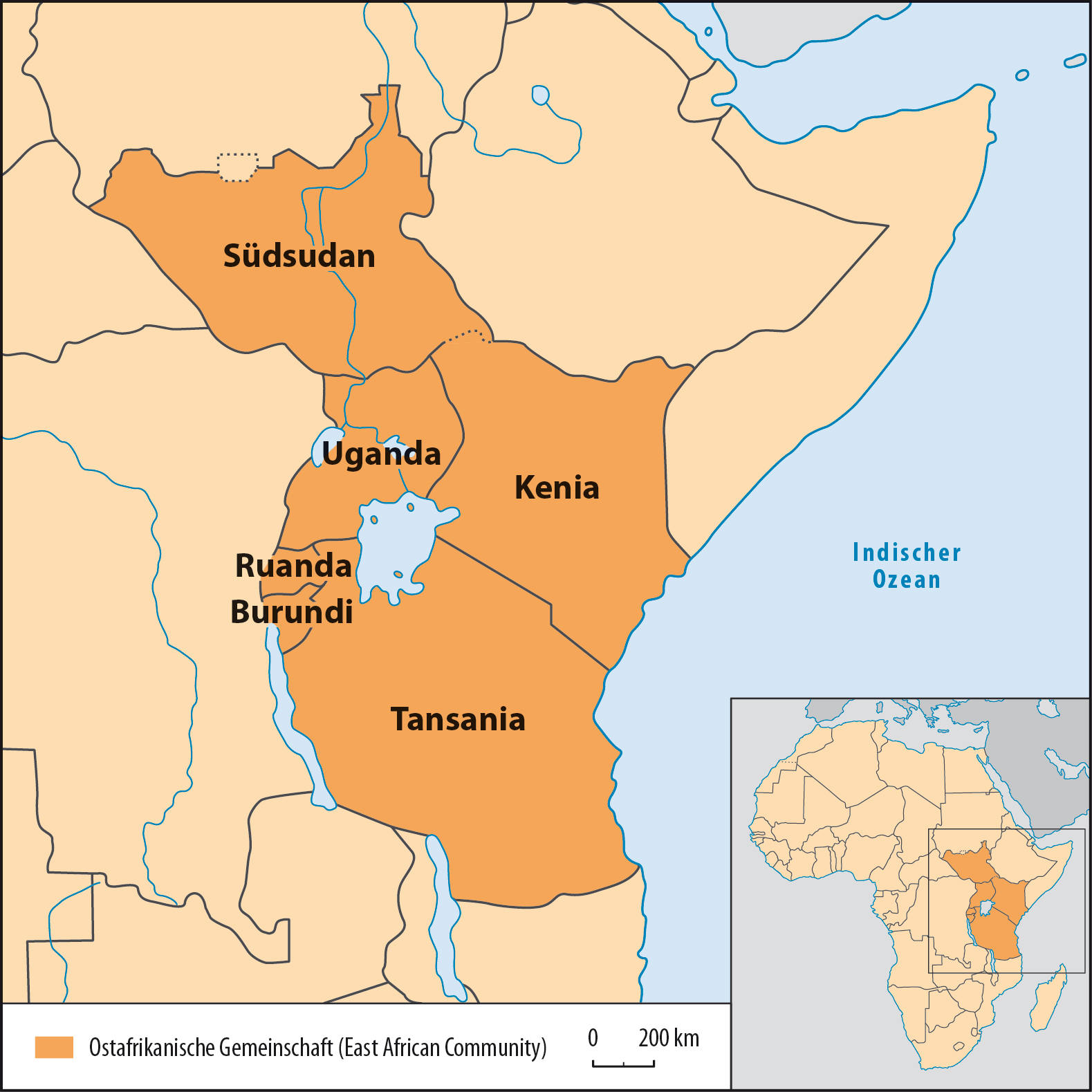